Review: Save Me the Waltz by Zelda Fitzgerald 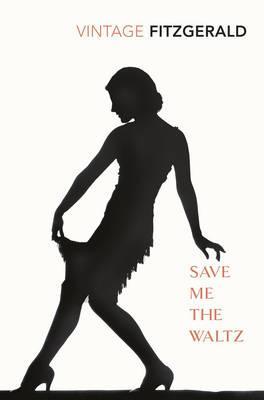 Save  Me the Waltz by Zelda Fitzgerald

Zelda Sayre Fitzgerald was the troubled wife of F. Scott Fitzgerald, one of the most famous American writers of all-time.  Save Me the Waltz is her first and only novel, one which is largely autobiographical and which covers  approximately the same time period as her husband’s masterpiece, Tender is the Night.  Both books fictionalize the couple’s life in Paris together, but each from their own perspective.  While Tender is the Night deals with F. Scott’s attempt at handling his wife’s eccentric nature (and ultimate mental breakdown), Save Me the Waltz is much more about Zelda’s hopes and dreams and her sense of being overshadowed in most regards by her husband’s great success.  Zelda Fitzgerald was considered to be one of the first American “Flappers” – a glamorous and materialistic woman whose greatest hope was to become a superior ballerina, though she only pursued dance late in life. The story itself is interesting in that it reveals Zelda’s perspective on F. Scott as well as her interpretation of that great American time period known as “The Roaring ‘20s.”

The majority of the characters aside from Alabama (Zelda), David (F. Scott) and Bonnie (their daughter) are relatively flat and, at times, even incongruous (characters’ names spelled in different fashions, eye colors changing, etc.).  What Fitzgerald does well, though, is creating characters in relation to Alabama.  The dance instructors and love interests, for example, all come to life quite unexpected because of the way they interact with Alabama.  The relationship between David and Alabama is drawn extraordinarily well and, in fact, reminds me of a lovers’ relationship written by Hemingway in The Garden of Eden.  It is tortuously romantic – hopeless and beautiful at the same time.  It makes sense that this would be the most aptly developed relationship, considering it is at the core of the story (and the primary impetus for Zelda’s writing the story in the first place).  Little Bonnie’s character is also quite charming and her relationship with her Dad is lovely, particularly near the end.

This book has been both praised and derided for its prose and style.  The structure is sound and relatively traditional; however, the prose and language itself is quite odd.  At times, it reminds me of a less sexual, female version of William S. Burroughs, as there are oftentimes breaks into vivid streams of consciousness, where one has to wonder if passages were written in a fury of (drunken? drugged?) rage; while these moments are sometimes over-the-top and even inexplicable or largely irrelevant, they are also quite beautiful.  There’s a bizarre honesty to the breaks in tempo and the seemingly random items which Fitzgerald chooses to romanticize through language.  As a lover of creative storytelling and free prose, I was quite enamored by it.  Still, for some readers the prose could be distracting or even exasperating as it is, in many ways, self-indulgent and can come across as a novice creative writing student’s first, best work.

When Zelda Fitzgerald originally wrote this book, it was much more accusatory and obviously biographical than the version which was ultimately published.  Her husband believed that she had created the book in a fit of self-destruction, hoping to destroy her (and his) reputations. F. Scott Fitzgerald and their editor, Max Perkins, “assisted” Zelda with revisions.  Although historical evidence (letters, manuscripts, etc.) seem to prove that their part in the revision process was limited and mostly geared toward making elements and characters who were modeled after real-life events and individuals more obscure, Zelda would later accuse her husband of forcing her to change the book entirely and also allege that he stole her original manuscript to write his own (Tender is the Night).  Perhaps the most intriguing aspect of this book, then, is in its history and historical significance.  Much can be learned about the Fitzgeralds’ relationship and personalities not only by reading the story (as the two main characters are modeled directly after F. Scott and Zelda), but also in researching the creation of the book itself, as well as F. Scott’s similarly themed novel (which is ultimately much more despondent).

“Alabama had learned from the past that something unpleasant was bound to happen whenever the Saviour made his appearance in the dialogue.”

“The heat pressed down about the earth inflating the shadows, expanding the door and window ledges till the summer split in a terrific clap of thunder.  You could see the trees by the lightning flashes gyrating maniacally and waving their arms about like furies.”

“People are always running all over the place to escape each other, having been sure to make a date for cocktails in the first bar outside the limits of convenience.”

“The troubles with emergencies is that I always put on my finest underwear and then nothing happens.”

“A shooting star, ectoplasmic arrow, sped through the nebular hypothesis like a wanton hummingbird.  From Venus to Mars to Neptune it trailed the ghost of comprehension, illuminating far horizons over the pale battlefields of reality.”

“People are like Almanacs, Bonnie – you never can find the information you’re looking for, but the casual reading is well worth the trouble.”

← Review: The Perks of Being a Wallflower by Stephen Chbosky
10 Surprisingly, Shockingly O-M-G Good Books! →

15 Comments on “Review: Save Me the Waltz by Zelda Fitzgerald”