Aloha, Austen fans!  Today’s guest post for our Austen in August event comes from author Amanda Grange! Please give her a warm welcome.  Also, Amanda’s publisher, Penguin Group USA, has a special treat for us – read on to learn more!

I’ve been in love with Jane Austen’s books since I was about thirteen when I first discovered Pride and Prejudice in my local library. I quickly devoured Jane’s other books and read them again many times over the following decades. But in my thirties, my relationship with Austen changed because I became a writer, and I found myself looking at her books in a different way.

I was re-reading Pride and Prejudice one day and I was astonished at how modern it was in terms of style and tone. It had many of the features that editors look for today in a new submission: a lot of dialogue, a fast pace and a plot so perfect it has become the standard template for romantic fiction ever since. But the one thing it didn’t have, which a modern romance would have, was a selection of scenes from the hero’s point of view.

I was intrigued by this and I started to write some of the scenes from his point of view for my own amusement. The whole thing snowballed and those scenes ultimately became Mr Darcy’s Diary. It fascinated me to find that the book could be successfully turned

round in this way, because with most books the impetus would fade away or holes in the plot would be revealed. But Pride and Prejudice is like a perfectly formed piece of porcelain. It’s so well made it can be viewed from any angle and it still rings true.

With her other books, the same applies, and this led me to write a whole series of retellings which are now usually known as “the heroes’ diaries”. Jane’s books have so much depth that I was able to write complete back stories for the heroes, using the information contained in the original novels, before going on to look at the events of the original novels through the eyes of the hero. In the cases of Colonel Brandon’s Diary, Captain Wentworth’s Diary and Henry Tilney’s Diary, the back stories form almost half the book.

It might reasonably be assumed that my Austen obsession would have ended with the end of my series of heroes’ diaries, but in fact the more I examine Jane’s works, and her style of working, the more fascinating they become. Somehow, the books set up resonances in me and I find myself thinking, ‘I wonder . . . .’ 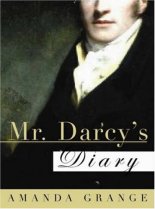 We know that Jane often used the epistolary form as a young woman, and Lady Susan still exists in this form. There is reasonable speculation that Sense and Sensibility and Pride and Prejudice were also originally written in letter form, before being extensively reworked.

I found myself wondering, in idle moments, what the epistolary version of Pride and Prejudice must have been like. Where did it begin? With Darcy’s arrival at Netherfield Park, or earlier? The latter, I thought, as we know that Jane later “lopt and cropt” the original text in order to turn it into the book we know today.

Rather like a forensic detective I found myself wondering how the story was carried, if it had no narrative to help it along. How would readers learn of the disastrous first proposal, for example? Were there initially more characters who were edited out when Jane had a narrative form to help her tell the story?

I began to write a few letters between the characters, piecing together the story like a giant jigsaw puzzle, to see how Jane could have managed it. Over the years I added to the letters, creating new characters as necessary, until I could no longer stop myself finishing the novel. The result was my new book, Dear Mr Darcy. It’s a unique glimpse into Jane’s early working methods as well as an entertaining read and I hope fans of Pride and Prejudice adaptation will enjoy it.

Giveaway closed & Winner notified. Thanks again to Penguin Group, USA for offering a copy and to Amanda Grange for taking time to stop by!

Thanks, Amanda, for taking time to stop by and share with us your love of Jane Austen.  For more information about Amanda’s books, please visit her website at www.amandagrange.com.