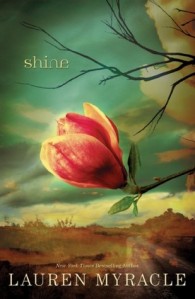 Cat and Patrick are best of friends.  Cat is a tomboy who doesn’t mind getting a bit dirty and who doesn’t realize just how pretty she is.  Patrick is a bit of a nerd and an introvert, though he does have friends.  He’s also openly gay, which is brave considering he and Cat live in very rural North Carolina.  As Cat becomes a teenager, she learns, in a terrible way, just how much her body has changed and how she has begun to catch the eye of boys her age (and older).  Although the disturbing thing that happens to her is only alluded to during the first part of the story, it clearly affects her relationship with her family and with her friends – she, too, becomes introverted and, because of this, is not with her best friend Patrick when the book’s major tragedy strikes.  She blames herself for not being there to help and, on her quest to find out what happened and to bring the criminal to justice, she also begins to repair herself and her old friendships, and even to seek out new ones.

Although some of the characters, such as Jason, a friend of Patrick’s who, like Cat, is determined to find out what happened to him, seem a bit too conveniently placed to be believable, most of them are integral to the plot, work well with the story, and fit in with the particular group of people in this particular place that Myracle has created.  Mama Sweetie, Patrick’s grandmother, leaves a legacy for Patrick and Cat even after she is gone; Cat’s father, brother, and aunt, all play pivotal roles in developing her character and her response to Patrick’s tragedy; her friends (The Redneck Posse) are realistic in their actions, good and bad, and in the ways they treat one another, as well as any outsiders.  They are complex enough, too, to add further mystery to the plot and to complicate Cat’s investigation, not to mention her own attempt at reintegrating herself with the group.  The minor characters, such as the church ladies, the meth cooker, and the bar tender, are static (some might say cliché), but they do round-out the community environment and serve their purposes.

For the most part, I found Myracle’s prose to be perfectly suited to the reading level and the tone of the novel.  She clearly knows a great deal about this particular region (or areas like it) or has researched it enough to portray it in a realistic way.  That being said, the dialogue (and internal monologues) sometimes came across as less than natural.  Still, it was well-written and well-executed.  Allowing Cat to be the narrator post-incident, and to reflect on those incidents (her major pain as well as Patrick’s) while she was investigating what happened, was a great approach, as it allowed the protagonist to grow and mature in a recognizable way.  Seeing Cat as a child, through her own memory, and watching her come to terms with difficult things in her life, particularly when she begins to understand the reasons why some of the people in her life may have let her down, provides much of the power and depth of the story, so crafting the plot this way and then delivering it so that it unfolds naturally and slowly was a smart, creative choice.

Cat, though the hero and protagonist of this book, also has her own demons to deal with and personality flaws to overcome.  Part of what makes this story such a good one is that it is not just about one mysterious hate crime or one person’s attempt to solve it.  Cat learns a lot about herself along the way – she is forced to admit to herself that even she was sometimes guilty of silent acquiescence, allowing others to bully her friend Patrick because she was afraid that, if she stood up for him, she might become the target.  Similarly, Beef’s story is also moving and doubly complex because of the two major secrets he carries.  This story isn’t just about friendship or a rural town’s bigotry; it’s not just about the rich versus the poor; it’s not about underground drug cartels or incompetent police forces.  It’s about a community steeped in tragedy, a community that is all of those things and more, all at the same time, and about a group of people who are trying to live as best they can when faced with obstacles great and small.

“I loved everyone who said yes to the world and tried to make it better instead of worse, because so much in the world was ugly.”

“Knowledge was more powerful than fear. Love was stronger than hate.”

“Girls kept their bodies tucked in tight, while boys took up every inch of room they could.”

“We all mess up.  It’s what we learn from our mistakes that matters.”

“You know it’s them books what make you talk funny.”

Shine is Book #8 completed for my 2013 TBR Pile Challenge

← Blog Post: On Horrors and Heroes
Thoughts: Gods and Monsters by Christopher Bram →