It’s time for an e-giveaway!

Today we are announcing that one lucky participant will win an e-book copy (for Nook or Kindle) of A Constant Love: A Pride & Prejudice Continuation by Sophie Turner! All you have to do to be considered is 1) be a pre-registered participant of Roof Beam Reader’s Austen in August event and 2) leave a comment on this post saying you’d love a copy! Note: This giveaway is open until 10pm CST on August 27th and is available to International participants who have a Kindle or Nook.

Book One of the Constant Love Series

As Britain settles into a short-lived peace, the characters of Pride and Prejudice pick up very nearly where the novel left off, in a new series of stories focused on love and family:

Elizabeth Bennet finds the joy of her marriage and honeymoon are followed by the demands of becoming Mrs. Darcy, all while helping her shy new younger sister come out into society.

Georgiana Darcy must deal with more suitors than she expected, when she fears nothing more than once again being persuaded to think she is in love with the wrong man. 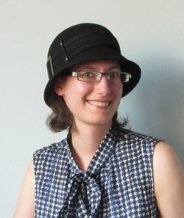 Sophie Turner worked as an online editor before delving even more fully into the tech world. Writing, researching the Regency era, and occasionally dreaming about living in Britain are her escapes from her day job.

She was afraid of long series until she ventured upon Patrick O’Brian’s 20-book Aubrey-Maturin masterpiece, something she might have repeated five times through. Alas, the Constant Love series is only planned to be seven books right now.

Thanks, Sophie, for your generosity – good luck to all entrants!