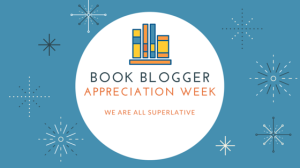 How exciting! Book Blogger Appreciation Week is back! And it’s being hosted by The Estella Society! Will wonders never cease?

Although I’ve taken a general hiatus from book blogging (except for monthly updates on reading, writing, etc.), this was an event not to be missed. As a long-time blogger (7 years? gosh), I felt this was an appropriate week for a bit of a comeback and reintroduction.

The first prompt asks us to “introduce [ourselves] by [sharing] five books that represent you as a person or your interests/lifestyle.”

If that’s not an impossible challenge, I don’t know what is. FIVE books? At least the folks at BBAW have admitted that this is a tough task. We’ll give them credit for that!  Anyhow, I think I’ll try to choose three books that represent me the person/reader, and another two that represent my interests/lifestyle. If I’m going to make a list, I might as well create sub-lists, too!

3 Books That Represent Me the Person/Me the Reader 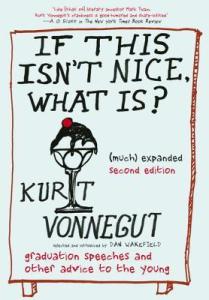 If This Isn’t Nice, What Is? by Kurt Vonnegut. Vonnegut, in general, is my writer soul-mate. I adore his voice and his wit. I respond overwhelmingly to his dark humor and his cautionary humanism. I chose this particularly title as representative for his corpus (and my love and appreciation for it) because it is filled with wisdom and wonder. Vonnegut, despite his cynicism, offers young people and other readers some positivity, and asks them to be a little bit more, do a bit more, be better, every day. 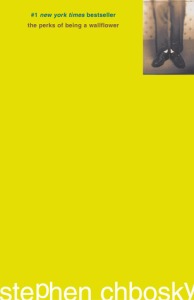 The Perks of Being a Wallflower by Stephen Chbosky. I can’t think of a book that has affected me more than this one. I don’t know how many times I’ve read it, and when the film adaptation finally came out, my best friends and I (despite being far outside the target audience demographic at that point) rushed to see it during opening weekend. The main character, Charlie, just always felt like me-in-print. And the friendships in that book reminded me so much of my own. 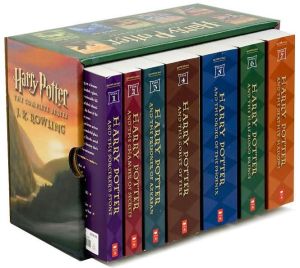 The Harry Potter series by J.K. Rowling. Yes, of course this seems cliché at this point. When I was younger(-ish), I was not much of a reader. There were some few books I had really enjoyed (Agatha Christie, Lois Lowry, Goosebumps), but I was not “a reader.” Then my librarian neighbor recommended this new series to me, and my whole life changed. That sounds like hyperbole, but it is not. My entire life’s trajectory changed. This non-reader is now a College English Instructor completing his PhD in American Literature. If I hadn’t fallen in love with Potter, I wouldn’t have fallen in love with reading.

2 Books That Represent My Interests 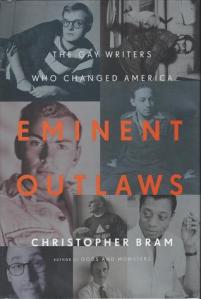 Eminent Outlaws: Gay Writers Who Changed America by Christopher Bram. This is an excellent survey of gay American writers in the late-twentieth century. Bram, who also wrote the wonderful  book, Gods and Monsters, does a great job explaining how important these gay writers were, how they influenced society, culture and politics, and how they communicated with one another. I was well into my own doctoral work (studying earlier American gay writing) when I read this book, but it became a source of inspiration to me. 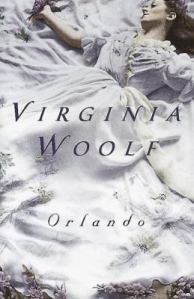 Orlando by Virginia Woolf. This book ticks a lot of boxes for the “getting to know me/my interests” category. First, it’s a classic. Although I’m an eclectic reader who enjoys a whole host of genres, my reading and blogging reflects a definite favoritism toward classic literature. I’m also the Classic Literature Expert for About.com, so there’s that. The book is written by a woman, and a brilliant one at that; and I make a concerted effort to read women and minority writers. I’m also simply a huge fan of Virginia Woolf, although that wasn’t always the case. Finally, the story itself explores gender and sexuality in interesting and complicated ways. These are two topics I’m fascinated by, so much so that they’ve become my life’s work.

So, that’s as much about me as I can share in 5 books. Did I manage? And, oh, hey! While you’re here: check out my Book Lover’s Giveaway for #BBAW! (You’ve gotta be participating in BBAW & following my blog in order to win – but why wouldn’t you be doing those things anyway?)

← Pemberley and Poltergeists! #AustenInAugustRBR #RIPX
Book Bloggers Made Me Do It #BBAW →