It’s the third day of Book Blogger Appreciation Week and we’ve got a new blog topic to discuss! Here’s what the fearless leaders came up with: Day 3 Have you ever read a book because of a book blogger? Be it a good book or bad, bloggers recommend books every day of the year. Sometimes we take their advice and it’s great! Hello every graphic novel I’ve ever read! Sometimes, it’s not so great. Damn you Like Water for Chocolate (ducks). Today, tell us all about the book or books you’ve read because of a book blogger and be sure to sure to spread the blame around.

Okay. I think I can handle this. There must be many, many books that I’ve read based solely on the recommendation (urging, pleading, threatening) of book blogger friends. But I’ll stick to just the first five that come to min.

1. Gone With the Wind by Margaret Mitchell

II am fairly certain that I would have read this book sooner or later, but a few years ago Jillian and I and a few others started The Classics Club. I learned then (and have been reminded many times throughout the years) that Jill adores Gone With the Wind. So, I put it on my club list and got to it a year or so later. I don’t regret it! I hadn’t seen the movie, either, but after reading the book I had to compare. Anyway, here are my thoughts on the book! 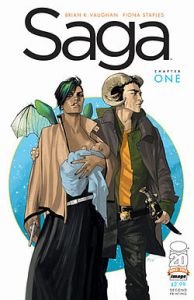 2. The Saga series by Brian K. Vaughan and Fiona Staples

As a kid, I was a pretty big fan of comic books. I loved the X-Men, Adam Warlock, the Avengers, and more. I got really into the Death of Superman storyline, and all the new supermen to follow. As well as the darker Batman stories, like A Death in the Family. After my teenage years, though, and after discovering “real” books, I kind of let my love of comics fall by the wayside. I think the only comics I read between the age of, oh, fourteen and twenty, was probably Marvel’s Civil War series. About a year ago, I was in the mood to revisit. I sent out a tweet about how to get back into comics/graphic novels, and the overwhelming response was to try SAGA. I did. I’m in love. I’m obsessed! I even gave the first few volumes to my comic-book-reading brother-in-law for Christmas last year. 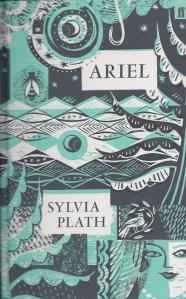 Years ago, I read Plath’s The Bell Jar and really enjoyed it. Or, well, “enjoy” is probably the wrong word for a book like that. But I responded to it, appreciated it. I hadn’t visited Plath again because I have never been much of a poetry reader (this has changed in the last year or so). It was my friend Amy’s love of Plath, though, coupled with my preparing for doctoral field exams in American Literature, which lead me to read Ariel. And oh my goodness. I’ve written my thoughts on it, and I’ll leave it there. I’m not sure what else to say. Thanks, Amy! 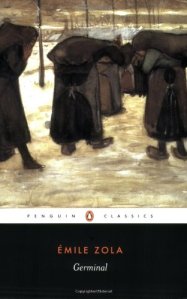 Zola is someone who I had heard of but never knew anyone who had actually read him (or at least not recently or extensively). But then I met O from Behold the Stars who just raves about Zola. I took a chance and read this masterpiece, and it is just that, a masterpiece! Zola reminds me quite a bit of one of my favorite American writers, John Steinbeck, so of course I enjoyed the book. I’m looking forward to reading more (I’ve got a couple of his others on my shelves… it’ll happen). 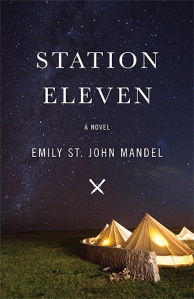 This one, like Erin Morgenstern’s The Night Circus is one of those books where I just caved into the overwhelming book blogger pressure. Yes, peer pressure exists in the book blogging world! In both cases (and, honestly, I just went with Station Eleven because it was the most recent) the book actually lived up to the hype. I recall seeing this one plastered all over Twitter and a number of blogs, to rave reviews. I’m glad I trusted my book blogging pals and took the chance, it was a super cool read. I think the next one I’ll be “pressured” into reading is The Library at Mount Char, which I bought during the hype but haven’t read, yet.  Here’s my review for Station Eleven.

20 Comments on “Book Bloggers Made Me Do It #BBAW”