The following is a list of books that and/or writers who have affected me deeply and for some time. I was “challenged” by Jillian to write one of my own after she shared hers. I thought it was a grand idea. I’ll update this in a year or so, if it needs updating. For now, these are the selections I likely would have made anytime in the last 5 or so years, had someone asked. So, it’s a fair bet this list will still be mostly in tact after another 365 days.

I haven’t provided explanations for my choices, but I might come back at some point and do that, or perhaps even turn this into a “page” on this blog, rather than simply a post. That said, this is more than a list of “favorites.” I could do that, too, but the call for a personal canon seems to be more profound than simply 5-star reads. These are books and writers who speak to my soul, who have never left me, and whom I turn to in times of despair and times of joy alike. 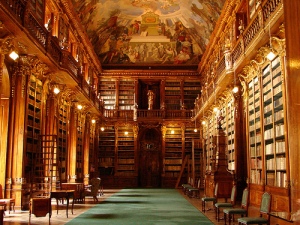 A Man without a Country, If This Isn’t Nice, What Is? Cat’s Cradle, God Bless You, Dr. Kevorkian, The Sirens of Titan, Player Piano, Look at the Birdie, Armageddon in Retrospect, Hocus Pocus, We Are What We Pretend to Be, and almost everything else (there are maybe two titles from his entire oeuvre that I might leave out).

Orlando, A Room of One’s Own, A Writer’s Diary, To the Lighthouse, The Waves.

Too much to list. I’ll just say the complete works, including short stories, poetry, criticism, and his single novel, The Narrative of Arthur Gordon Pym.

The Year of Magical Thinking, Slouching Towards Bethlehem, Play It as It Lays.

The Catcher in the Rye, Franny and Zooey, Nine Stories, Raise High the Roof Beams, Carpenters, Seymour: An Introduction, “The Last and Best of the Peter Pans.”

The Grapes of Wrath, East of Eden, The Pearl, Of Mice and Men, Tortilla Flat, Cannery Row, A Life in Letters, To a God Unknown, Sweet Thursday, The Red Pony, America and Americans, and absolutely everything else, if I’m being honest.

The Adventures of Huckleberry Finn, The Mysterious Stranger, The Innocents Abroad, The Diaries of Adam and Eve, Personal Recollections of Joan of Arc, Captain Stormfield’s Visit to Heaven, and pretty much everything else, including journalism and short stories.

11 Comments on “My Personal Canon”