A Garden, A Maze, A Sematary*

In this second “potpour-reads” post, I share some quick thoughts on three recent reads, all of which were completed in May. The Secret Garden was a title on my Classics Club Challenge list. The Burning Maze is third in the Trials of Apollo series by Rick Riordan, and I read Pet Sematary because a new film adaptation is supposedly in the works and I tend to get caught up in that sort of thing. 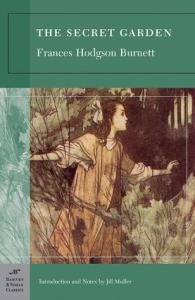 I recently read The Secret Garden as part of my Classics Club Challenge, after many years of seeing it come and go from my various TBR lifts and shelves. I’ve been meaning to read this book for years but have always put it off, probably because, subconsciously, I thought of it as a children’s book – a sorry excuse indeed because why should that matter? How many children’s books, especially classics, have I read and loved? Nevertheless, I have these tendencies, as I’m sure all readers do, to approach my reading with certain prejudices, and this being both a “child’s” book and a “girl’s” book, I wondered, isn’t it likely to be well beyond my interest at this point? Of course, then I actually started reading the book and couldn’t stop myself thinking, where has this book been all my life? Confession time? I guess I’m a bit of a reading diva, and it’s pretty stupid.

Anyhow, The Secret Garden begins in India under British colonial rule. We are introduced to the protagonist in this way: “When Mary Lennox was sent to Misselthwaite Manor to live with her uncle everybody said she was the most disagreeable-looking child ever seen. It was true, too.” Hilarious. Who begins a children’s book by dissing the main character’s appearance!? Something about that opening, and the honesty of the narrator throughout, drew me into the story and had me feeling equal hatred and empathy for little Mary and even little Colin, her cousin, both of whom are really rather terrible little brats at the beginning. But then a farm boy named Dickon starts to come around, and the secret garden is discovered, and the magic of humanity found in friendship, childish wonder, and the natural world begins to do its work. And it’s stunning and romantic in the best way imaginable.

For some reason, I thought this book was going to be more of a magical realism/mystery/fantasy kind of tale. It is actually firmly rooted in naturalism and realism; it is a coming-of-age tale that expresses magic in the everyday experience, and in the way children, even horribly disagreeable ones, can grow and change into wonderful people, given the right environment, the best challenges, and some great friends. I wasn’t expecting this kind of story, but it was exactly the kind I needed at the time of reading it. And Dickon, the nature sprite who is all things dirt and animal, plant and hill, is now one of my favorite characters of all-time. If Burnett had written a sequel from Dickon’s perspective, I could easily imagine it becoming a favorite of mine. The other characters, including the adults, are human enough and just present enough to matter without getting in the way of the children’s’ tale, which is and should be front and center. There are some very adult themes, a truly underlying sadness, and some dark commentary on colonialism, which makes reading this one as an adult all the more interesting and moving.

The Burning Maze by Rick Riordan

The Burning Maze is Book Three in the Trials of Apollo series. Apollo has been sent to earth in the form of a pudgy, pimply teenage boy, largely without any kind of godly power at all, and is tasked with helping the Roman and Greek demigods fight the horrors of the Triad: three evil, dangerous, and powerful former Roman Emperors with plans to take over the world. Beneath their plot, even, lies the power of Apollo’s most feared antagonist, Python, the god of snakes. As is typical with Riordan’s books, the pace is fast and the plot is fun. There is a lot to learn regarding roman mythology, especially, and that is always exciting for me. There is also a bit of tragedy in this third book, one that the reader is somewhat eased into but that is nevertheless difficult for those who have been invested in the two Roman series’ so far.

In this third installment, we learn much more about Meg, the twelve-year-old demigod who is essentially Apollo’s “master,” and her background. Some old and familiar characters from other books in this series, as well as the Percy Jackson and Heroes of Olympus series’, reappear. As with many of the other books, this one follows a certain formula that readers of Riordan’s books should come to expect; Burning Maze even revisits one of the original Percy Jackson battlegrounds, the Labyrinth, but in this case the visit is short and sweet, and the maze then becomes an underlying menace rather than a place of action for the entire plot.

Riordan has also taken more and more chances with his books over the years, something he began with (I think) the Heroes of Olympus series and then carried over into the Magnus Chase books (I have not kept up with the Kane Chronicles, unfortunately, so I can’t speak to that one). Riordan is an outspoken LGBTQ ally, for example, and a number of LGBTQ+ characters have been written into the stories, some major and some minor. This has been extraordinarily exciting to witness in the middle grade genre, and it has been particularly effective, I think, because Riordan does a nice job of delicately handling the reality of “coming out” with the kinds of reactions his queer characters receive from other characters, mostly accepting but sometimes with shock, wonder, curiosity, etc. The humor is still excellent, as are the character relationships. One of the most interesting and rewarding elements is the way that Apollo is growing from book-to-book. One of the themes of all the Riordan novels is how flippantly the gods take their relationships with humanity and their human children. The fascinating piece of this series is that we have a god who has been made human and who is now experiencing all that it is to be human, which is changing him in very profound ways. It is a smart and meaningful take on the modern myth series. Final Verdict: 3.25 out of 4.0. 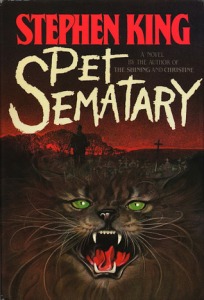 I was going to check my Goodreads account to see how many King novels I have read so far and where this one falls in that line, but I realized it would take more time than I’m willing to give it. We’ll just say, I’ve read a lot of Stephen King. The reason why I like King so much is actually not because I like horror/thrillers (it’s quite frankly not a genre I read very often). Instead, I like King because he has so much to say about the human psyche and human instinct. Pet Sematary is considered to be one of King’s most chilling horror novels and, while I don’t think it’s really his scariest or goriest or any of that, I can agree with the assessmentbecauseit treats the human condition in such an honest, and horrible, way.

The book is about Dr. Louis Creed and his young family, all of whom move to Ludlow, Maine so that Creed can take a job as a University physician. The majority of the novel is background, character building, and scene-setting. Almost all of the real action, the terror, takes place in the third and final section, which is much shorter than the first two. This helps create a false sense of security throughout most of the book while simultaneously allowing the ending to be much more dramatic and exhilarating, even unexpected (if anything from King can be considered unexpected – maybe that’s silly!) The horror begins when Creed’s daughter’s cat is killed and Creed’s neighbor, perhaps against his will, shares a secret that is better left unknown. This sets forth a series of ominous events that increase in impact and effect, until at last, a force beyond anyone’s control grips Ludlow, especially the Creeds, and begins to pull all the strings.

Pet Sematary was written between 1979-1982 and then published in 1983. King was reluctant to send it out to his publishers because he himself was so concerned with what he wrote, and it is not hard to understand why. Few popular novels that I can think of at this time so honestly and deeply addressed the lengths to which a person will go in order to ease an unthinkably painful emotional and psychological burden. Creed is suffering the worst pain imaginable, as is his wife, and his grief causes him to be compelled further and further down a path he knows is horribly dangerous and morally wrong. How can a man be driven to make all the wrong steps? In small increments and through tiny justifications and false ratiocination (as Poe would call them), until, without realizing what is happening, the decisions have been made and the actions have been taken, and all hell has broken loose.

Pet Sematary reminded me very much of King’s other most popular of horror novels, IT. The ominous force is even described as “IT” –an unnamed thing—and various points in the novel. I wonder if King was already working on that idea as early as 1979, even though IT itself did not appear until 1986. There are so many similarities, but the most prominent is the theme of evil as an uncontrollable force of human nature: good and smart and decent people being compelled to do terrible things. What is scarier than that? Final Verdict: 3.5 out of 4.0.