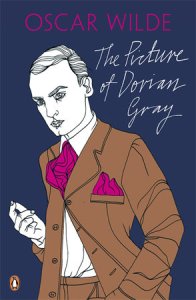 Last Wednesday, I introduced a five-part project exploring Oscar Wilde’s masterpiece, The Picture of Dorian Gray, as viewed through various critical lenses. I began in Part 1 with Formalism. A polar argument for dissecting Oscar Wilde’s Dorian Gray is to switch focus from Wilde’s intentions, to that of the readers’ receptions.

Stanley Fish, “self-proclaimed inventor of reader-response theory” provides an entirely different way of understanding our own interpretations of The Picture of Dorian Gray (Leitch 2067). Fish believes that we “[locate] meaning not in texts but in readers, not in individual response but in the protocols of communities.” If Fish is correct, then we can attribute each generation’s criticism of Dorian Gray to the cultural, sociological, religious, and financial situations of its time. For instance, the vast majority of first critical responses to the novel were negative. How does a novel like The Picture of Dorian Gray go from being an outrage and abomination to being read in almost every high school and college literature curriculum?

As Fish states, it is our “communities, rather than the texts, [which] govern and generate interpretative communities” (2069). That is to say, it is not Oscar Wilde or his writing who have changed over time, but the way we have been taught to read the novel. At first publication, the homosexuality present in his work was an affront to social decency and morality. The first critics are not so much concerned with the message of art and artist as they are with Oscar Wilde’s inclusion of taboo ideas. Later, in the 1940s and 1960s, critics become interested in Oscar Wilde, the man and author. Focus shifts, then, from outrage over homoerotic motifs to the debate over how much of Oscar Wilde is truly in The Picture of Dorian Gray and other writings. As we reach the 1970s, after the Vietnam War and ideas of “free-love” and sexual revolution have stormed through Europe and the United States, homosexuality in literature becomes, if not a norm, at least not a surprise: “what a number of Urnings [homosexuals] are being portrayed in novels now!” (Schmidgall 376).

So, the contemporary critics of the day were educated in a different way and in search of new ideas. In the 1970s, critics such as Donald Lawler and Charles Knott completely desert the homosexual critique and the need to examine how autobiographical Dorian Gray is to Wilde’s life; instead, they begin to look at the origin of Dorian Gray, the writing process behind the famous novel. Still, into the late twentieth and early twenty-first centuries, theoretical criticism for The Picture of Dorian Gray is fluid and changing. In the 1990s, for example, in wake of new laws on child-care and changing ideas of the damages of corporal punishment and discipline, comes psychoanalytic approaches to understanding The Picture of Dorian Gray as a text on child abuse.

Most recently, with Elisa Glick’s often cited “The Dialectics of Dandyism,” comes a new, Queer theory approach to Oscar Wilde, a look, not so much at homoeroticism and the evils of homosexuality, but at the role Oscar Wilde’s work plays in forming a queer identity, a literary rebellion of oppression. The point that Fish makes, then, that all literature is read anew, depending upon education and interpretations, is valid. Each new generation will read The Picture of Dorian Gray in a new manner, deeming different ideas important and different passages significant, depending on what that person’s interpretative community has chosen to demonstrate. A quick Google Image search for covers of the novel, comparing them across time and culture, will put this into sharp focus.

Please come back next Wednesday, when I consider Dorian Gray and Post-Structuralism.

All work found on roofbeamreader.com is copyright of the original author and cannot be borrowed, quoted, or reused in any fashion without the express, written permission of the author.