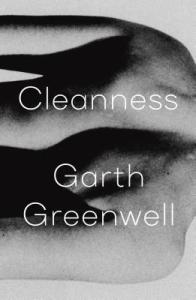 About the Book: Sofia, Bulgaria, a landlocked city in southern Europe, stirs with hope and impending upheaval. Soviet buildings crumble, wind scatters sand from the far south, and political protesters flood the streets with song. In this atmosphere of disquiet, an American teacher navigates a life transformed by the discovery and loss of love. As he prepares to leave the place he’s come to call home, he grapples with the intimate encounters that have marked his years abroad, each bearing uncanny reminders of his past. A queer student’s confession recalls his own first love, a stranger’s seduction devolves into paternal sadism, and a romance with another foreigner opens, and heals, old wounds. Each echo reveals startling insights about what it means to seek connection: with those we love, with the places we inhabit, and with our own fugitive selves. Cleanness revisits and expands the world of Garth Greenwell’s beloved debut, What Belongs to You, declared “an instant classic” by The New York Times Book Review. In exacting, elegant prose, he transcribes the strange dialects of desire, cementing his stature as one of our most vital living writers.

My Reaction: First, I must admit that this book caught my eye when another review for it crossed my Twitter timeline. I noticed a few choice words in that review which piqued my interest enough to order the book and read it right away. That’s not unusual for me, but what is strange is that I didn’t read the book’s description (above) nor had I read anything else by the author before, including his debut novel, What Belongs to You, which is apparently closely related to the story in Cleanness.

The novel has a delicate ferocity. It is quiet, mostly, even in its most intense moments. This is one of its strengths, to be sure; for example, it treats the most delicate and often-taboo’d sexual appetites and encounters in a way that is both sensitive and sensual. Those encounters have a decided violence to them, yet Greenwell’s narrator gets to the heart of the psychology and emotion of such experiences and desires in a way that few writers, particularly those in contemporary mainstream literature, have either dared or managed to do. There’s an honesty, here, a making-real of gay sexuality (but no, not just gay sexuality, despite the cast) and the demystifying of it that we should be grateful; it is a refreshing approach.

Thematic successes aside, the story is also interesting and well-told. I was particularly intrigued by the setting, Bulgaria during the revolution. I have to admit I haven’t read much about this place or this time at all, so seeing it through the eyes of a narrator whom I could understand (an American professor teaching abroad), was helpful and rewarding. On the other hand, I didn’t respond as well to the episodic construction. Non-linear storytelling can work, of course, but I found it a bit difficult to follow this one smoothly. I think I was so impressed by the honesty and sensitivity of the subject matter that I was hoping for the structure itself to be just as straightforward. Instead, it is a bit more modern in its construction, simultaneously cerebral in its construction but decidedly every-man in its exploration of humanity and the everyday experiences that make us who we are, behind the masks we put on in public.

One of the later scenes, which involves a youth who essentially wants to be destroyed, reminds me very much of the kind of themes explored by Dennis Cooper. The pathos is raw and surfeit without being superficial, like a raw nerve in your tooth that you can’t help but press your tongue against. It is a stark contrast to the narrator’s own position and desires portrayed at the start of the novel, and to the mysterious romance at the heart of it, which unfolds itself only in snippets and snapshots of the narrator’s complicated affairs.

I’m looking forward to getting a copy of What Belongs to You soon; I hope to read it and then read Cleanness again. It demands another visit.

“That’s the worst thing about teaching, that our actions either have no force at all or have force beyond all intention, and not only our actions but our failures to act, gestures and words held back or unspoken, all we might have done and failed to do; and, more than this, that the consequences echo across years and silence, we can never really know what we’ve done.”

“You can call out for anything you desire, however aberrant or unlikely, and nearly always there comes an answer, it’s a large world, we’re never as solitary as we think, as unique or unprecedented, what we feel has always already been felt, again and again, without beginning or end.”