Thoughts: How to Be an Antiracist 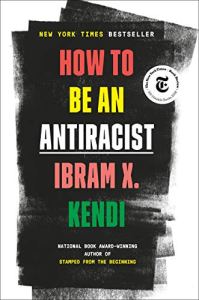 I’ve noticed there’s a fun(?) little trend happening this year about playing the “bingo card” of life. Murder hornets? Deadly kissing bugs? Global pandemic? It seems every few weeks, there’s something else to worry about, some new extravagant nightmare to “check” on one’s bingo card. Well, if you happened to have a square that reads, “Adam is reminded how to practice Buddhism by reading about antiracism,” bingo to you! Honestly, the experience of reading Ibram X. Kendi’s How To Be an Antiracist right now was wild and humbling, and here is why.

For the last year or so, I’ve been beginning my Buddhist practice. For the most part, that has meant reading about Buddhism and Buddhist practice from a variety of sources, as well as taking one of the Great Courses in Buddhism. Something I’ve learned is that Buddhist practice is very much about checking one’s ego. It’s really much more about the process of unlearning than it is about learning; it’s about accepting what is and living in the moment rather than hoping for something or wishing for something. Enter Kendi’s book. Going into it, I thought I’d see myself and applaud myself, really. I thought I numbered among the enlightened few. I know how arrogant that must sound, but the truth is important. I’m an ally, a strong one, and I thought I knew what that meant. I thought I knew, mostly, how to act, how to stand up, how to speak up, what to say and not say, what to think and not think, and what to do and not do. My ego was large and glorious, and as it turns out, maddeningly obstructive. Maybe even destructive.

You see, more than anything, Kendi’s book made me face my contradictions. It exposed me to thoughts that were antithetical to the ones that were at the core of my (seemingly) anti-racist identity. Kendi teaches his reader about the damaging effects of color-blindness, something which I only learned recently. He teaches his readers the difference between what seems helpful and what is helpful. For example, in one chapter he explains that black people can be racist and that the idea that “those without power cannot be racist” is a harmful fallacy. This particular revelation shook me to my core because, for a decade, I had been learning this very sentiment, that racism is a one-way street and those in power are the only negative actors. Kendi explains that, no, to think this way means to reinforce the idea that only one group of people has any power and that individuals cannot have power; that right there is the racist thought. If we excuse any person in a position of power, even a “minority,” from acting for the benefit of anti-racism (or worse, if we accept their actively racist actions as unavoidable or non-racist because they happen to be a “minority”), then we are reinforcing the false notion that black people, women, the differently-able, people of color, etc., cannot be powerful. And that’s not just a lie, it’s an attack. As he writes late in the book, “the problem of race has always been at its core the problem of power, not the problem of immorality or ignorance” (208). In other words, we are not racist simply because we are bad people (good people are racist) or because we are stupid to the facts (we can be racist even while knowing better), but because we–those in power–understand, either implicitly or explicitly, that our racism has its benefits and we want, consciously or unconsciously, to maintain those benefits, that power, at all costs. This pertains to any individual in any position of power and the choices that make at any moment.

Of course, I don’t do justice to the way Kendi is able to explain antiracism, and there are so many more remarkable examples in the book that cover a range of perspectives, including his own struggles with homophobia and sexism, for example. I found these chapters a welcome surprise, too, as a scholar of gender and sexuality. His admissions, his willingness and ability to share how he too was wrong, and how he went about the long and arduous journey of changing, is an inspiration to any reader, and perhaps most of all to the reader who thinks she or he was already enlightened, was already doing the work. After all, those who believe they are doing the good work without reflecting on how they might be doing it incorrectly, are perhaps the bigger danger. It reminds me of the way the Reverend Dr. Martin Luther King Jr. began his Letter from Birmingham Jail:

“First, I must confess that over the last few years I have been gravely disappointed with the white moderate. I have almost reached the regrettable conclusion that the Negro’s great stumbling block in the stride toward freedom is not the White Citizen’s Council-er or the Ku Klux Klanner, but the white moderate who is more devoted to “order” than to justice; who prefers a negative peace which is the absence of tension to a positive peace which is the presence of justice; who constantly says “I agree with you in the goal you seek, but I can’t agree with your methods of direct action;” who paternalistically feels he can set the timetable for another man’s freedom; who lives by the myth of time and who constantly advises the Negro to wait until a “more convenient season” (King 1963 para. 1).

Professor Kendi asks us to be courageous, both in reading this book and hearing it, but also in the steps we take after reading it. Being antiracist means thinking and acting in ways that are sometimes contradictory to what we have been taught by our parents, our schools, our workplaces, our places of worship. And being antiracist also means thinking and acting in ways that are sometimes counter to what we thought were our own best practices. “‘Racist’ and ‘antiracist’ are like peelable name tags,” Kendi writes, “that are placed and replaced based on what someone is doing or not doing, supporting or expressing in each moment. These are not permanent tattoos. No one becomes a racist or antiracist. We can only strive to be one or the other” (23). Just as the Buddhist knows he only exists from moment to moment, that the “self” today is not the “self” tomorrow, and therefore cannot be defined as a permanent identity, so too is the antiracist always a work in progress, always an identity of action and of choice. To claim to be an antiracist means to be doing the work every day, in every way, and to admit when you have failed.

Every chapter in this book, from “Power” and “Biology” to “Body” and “Survival” has a powerful story to tell and fulfills a crucial function in learning how to be antiracist at one’s core. Taken together, the chapters–the book as a whole–provides the reader who is open to learning with a pathway to taking her first steps on what must be a lifelong walk.  Through use of dichotomous definitions, deep history, and clear examples, not to mention his own personal experiences, Kendi helps the reader understand the many ways, large and small, personal and systemic, that racism is perpetuated. Some of these are hard to read. Some are hard to understand. But hearing and seeing and accepting each piece is necessary for learning how to be truly antiracist in every moment. To make the choice, continuously. I am beyond grateful to Dr. Kendi for his courage and clarity in offering everyone a map.

“This is the consistent function of racist ideas–and of any kind of bigotry more broadly: to manipulate us into seeing people as the problem, instead of the politics that ensnare them” (8).

“But crime bills have never correlated to crime any more than fear has correlated to actual violence. We are not meant to fear suits with policies that kill. We are not meant to fear good White males with AR-15s. No, we are to fear the weary, unarmed Latinx body from Latin America. The Arab body kneeling to Allah is to be feared. The Black body from hell is to be feared. Adept politicians and crime entrepreneurs manufacture the fear and stand before voters to deliver them–messiahs who will liberate them from fear of these other bodies” (76).

“Goldwater and his ideological descendants said little to nothing about rich White people who depended on the welfare of inheritances, tax cuts, government contracts, hookups, and bailouts. They said little to nothing about the White middle class depending on the welfare of the New Deal, the GI Bill, subsidized suburbs, and exclusive White networks. Welfare for middle- and upper-income people remained out of the discourse on “handouts,” as welfare for the Black poor became the true oppressor” (154).

← No Pride Without Black Lives
Thoughts: Citizen, An American Lyric →

5 Comments on “Thoughts: How to Be an Antiracist”